World War I: Commemorative Stamps to Remember Them | Blog | Selectabase

World War I: Commemorative Stamps to Remember Them

The ancestors of many people in Britain today would have been touched by the events of World War I in some way. Even though 11th November 2018 marks the centenary of Armistice Day and the end of the war, the events that took place will never be forgotten.

Memorials have been erected in every city, town and village to honour those who lost their lives, while annual remembrance services are held across the land, in churches, schools and at cenotaphs.

The Royal British Legion’s Poppy Appeal, the charity’s biggest fundraiser, sees people buying a poppy to wear on their lapel to remember those brave men and women who lost their lives defending our freedom.

The total number of military and civilian people from all nations who died as a result of World War I was around 20 million, including 9.7 million military personnel. An additional 21 million casualties suffered injuries. Around 40% of the world’s nations were involved in the war. 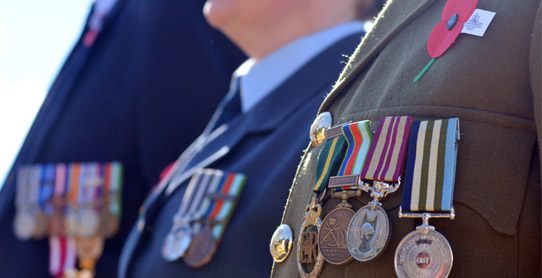 To remember the casualties of the British Expeditionary Force, English poet and writer Laurence Binyon wrote his famous poem, For the Fallen, following the Battle of Mons and the Battle of the Marne on the Western Front in the early phase of the war, which began on 28th July 1914.

He wrote it while sitting on the clifftop near Pentire Point in Cornwall, where a stone plaque was erected in 2001 to commemorate his actions. The plaque is inscribed with the words, “For the Fallen, composed on these cliffs, 1914.”

First published by The Times in September 2014, it has become iconic for its words known as the Ode of Remembrance. The third and fourth verses of the poem have become a tribute to all the casualties of war, no matter what their nationality.

The most famous verse, spoken at the Remembrance Sunday commemorative services, is the fourth verse, which reads: “They shall grow not old, as we that are left grow old. Age shall not weary them, nor the years condemn. At the going down of the sun and in the morning, we will remember them.”

For the Fallen was also set to music by Sir Edward Elgar in his orchestral and choral work, The Spirit of England, between 1915 and 1917.

Science fiction writer HG Wells called World War I the “war to end all wars”. Like many other idealists, he hoped the massive scale of the destruction would mean future governments would never again follow the path of war to end political disputes. Sadly, his vision didn’t come true.

Following years of political unrest, by 1914, the European powers were split into two coalitions: the Triple Alliance, consisting of Germany, Italy and Austria-Hungary, and the Triple Entente of France, Britain and Russia.

The outbreak of the war was sparked in Sarajevo by the assassination of Archduke Franz Ferdinand, heir to the throne of Austria-Hungary, by a Bosnian Serb nationalist, Gavrilo Princip, on 28th June.

Princip was a member of Young Bosnia, a Yugoslavian organisation seeking an end to Austro-Hungarian rule in Bosnia and Herzegovina. The assassination had been planned by a group of Serbians collectively called The Black Hand.

The Russian government issued a warning to “prepare for war” on 25th July and Austria-Hungary shelled the Serbian capital, Belgrade, on 28th July. The month of a diplomatic manoeuvring failed to find a solution and war officially broke out that day.

World War I will be remembered as the start of the horrific trench warfare when the troops were largely sheltered from enemy artillery by digging themselves into deep trenches in the soil, which became their home. However, the damp and unsanitary conditions brought their own problems, in terms of ill health.

The military tactics developed before World War I were largely obsolete. New, strong defensive systems had been created and the out-of-date military tactics couldn’t break them down. Barbed wire hindered the progress of massed infantry advances and the artillery was more lethal than it had been in the late 19th century.

Combined with the new machine guns, it became extremely hazardous to cross open ground and both sides suffered heavy casualties as they tried out different tactics to breach entrenched positions. Over time, technology produced increasingly lethal new weapons, such as tanks and deadly gas attacks.

After a long and bloody war, Germany formally surrendered on 11th November 1918 and all the nations involved in the fighting agreed to cease fire until the terms of peace had been negotiated. Although the war effectively ended on this date as a result, the Treaty of Versailles (which formally ended the conflict) was signed by Germany and the Allied Nations, including Britain, on 28th June 1919.

The annual services on Remembrance Sunday, which is the closest Sunday to 11th November each year, honour everyone who contributed to the war effort in any way.

As well as the troops who were involved in active fighting, those who stood firm on the Home Front are also remembered. The war led to a massive change in the role of women, who began doing traditionally male jobs, such as munitions work in factories to make sure the troops were supplied with ammunition.

Sadly, there were a number of serious accidents among civilians who were doing war work, including the worst accident at a munitions factory in Silverton in London’s East End. The munitions factory exploded on January 19th 1917, killing 69 people and injuring a further 400, with extensive damage to the area around the factory.

Remembrance Day 2018 is taking place on Sunday 11th November, when the Royal British Legion is urging the nation to unite, as the main Cenotaph service and parade take place in Whitehall, London. War veterans from all conflicts will be participating in the Cenotaph march past, with 10,000 places allocated through veterans’ associations.

The service will mark the contribution of British and Commonwealth military and civilian men and women involved in both World Wars and modern conflicts. A two-minute silence will be held at 11am to mark the time the war ended. The firing of guns by the King’s Troop on Horse Guards Parade will precede the silence, followed by the service.

Royal Mail has been participating in a five-year programme of special stamps to commemorate the centenary of the end of World War I. It is now presenting the final part of the collection with a set of stamps that include Wilfred Owen’s poem Anthem for Doomed Youth, Paul Nash’s painting We Are Making a New World, Z and B Baran’s 100 Poppies and the Grave of the Unknown Warrior in Westminster Abbey, London.

They also include a first-class stamp celebrating the life of Second Lieutenant Walter Tull, who was an English professional footballer and the first British Army officer of Afro-Caribbean descent. He played for Tottenham Hotspur and Northampton Town, but during the First World War he served in the Middlesex Regiment.

After being commissioned as an officer, he was killed in action near Arras in France, at the age of 29, on 25th March 1918, after displaying immense gallantry leading a defensive action. A campaign to posthumously award Tull the Military Cross for bravery is ongoing.

The sixth and final new Remembrance Day stamp features Lieutenant Francis Hopgood’s goggles. An RAF pilot who had already completed almost 40 missions, he was only 21 years old when he took part in the famous Dambusters raid and sacrificed his own life to try and save his crew.

His aircraft was badly damaged, but rather than giving the order to return home, knowing that some of his injured crew wouldn’t make it, he gave the order that they should bail out, allowing them to parachute to safety. Sadly, he left it too late to survive himself.

When the annual remembrance of a generation’s sacrifice takes place on 11th November, everyone is asked to participate in the two-minute silence at 11am. Many TV programmes, radio shows, sporting events, shops and other organisations will be participating.