Postage Stamps: Where it all Began | Blog | Selectabase

Postage Stamps: Where it all Began

The invention of postage stamps in the 19th century marked an important milestone in the history of the postal service. Before stamps were invented, only the wealthy could afford to send letters through the post and it was the recipient, not the sender who had to pay the fee.

If the recipient couldn’t afford to pay for the letter, it wouldn’t be delivered. Postage stamps made the postal service accessible for everyone, introducing set rates and simplifying the way the system worked. Instigated by Rowland Hill, postal reforms began in 1835. 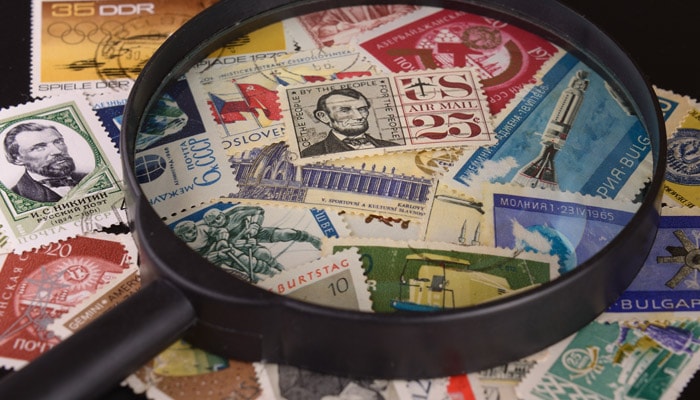 Before the invention of postage stamps, hand-stamps and ink were used. The hand-stamps were made of wood or cork and were dipped in the ink to frank the mail. Postmarks had been invented in 1661 at the London General Post Office. Henry Bishop came up with the idea and they were called “Bishop marks” as a result. They marked the month and day that the letter had been mailed.

Envelopes didn’t exist in those days and people simply folded the letters with the message inside and wrote the address on the outer sheet of paper. The letter would be sealed shut by wax, which would be heated and dropped on the seal, so it set solid as it cooled. This was because people were charged by the weight of the letter and the distance it had to travel, so an envelope would simply have increased the price. Sometimes, if the postage was very expensive, the recipient would refuse to accept it.

It was reported that some people developed a secret code so that a mark on the outside of the letter would have a hidden meaning. When the letter arrived, they would read the coded message and then refuse to accept the mail, thus defrauding the postal service.

Partly because of this, the postal service was reformed, and the system was introduced where the sender had to pay in full for the letter before it would be dispatched.

In 1835, Hill began to take an interest in postal reforms and obtained many books and documents about the postal system from Robert Wallace MP in 1836.

Hill wrote a pamphlet called Post Office Reform – Its Importance and Practicability and gave it to Thomas Spring Rice, the Chancellor of the Exchequer, on 4th January 1837. Rice invited Hill to a meeting, when they discussed the plans further, with the chancellor suggesting amendments and supplementary information.

Hill took the document away for a rethink and brought the amended version back to Rice on 28th January 1837. One of the most important changes was the call for “low and uniform rates” for mail, which should be calculated according to the items’ weight and not the distance they were going to travel.

He suggested the costs of mail-handling could be reduced significantly by making the sender pay the postage, using adhesive stamps, or pre-paid letter sheets – the forerunner of envelopes. Adhesive stamps were in existence by this time, although they were used to show payments of taxes. Hill proposed lowering the postage rate to one penny per half ounce, regardless of the distance.

The finalised proposals were presented to the government in 1837. Initially, the Postmaster, Lord Lichfield, Thomas Anson, denounced the proposals as a “wild” scheme, while the Secretary to the Post Office, William Maberly, said the ideas were “preposterous”. However, bankers, traders and merchants who thought the existing system restrained trade, formed a Mercantile Committee to support Hill’s plan.

After the committee pressured the government to adopt the reforms, the new system was approved in 1839. Hill, who lived at 1 Orme Square, Bayswater at the time, was awarded a two-year contract to implement the new system. As a result of its success, an LCC plaque was later erected there in his honour.

The one penny stamp rate was introduced on 10th January 1840. The world’s first adhesive postage stamps were launched in May 1840, depicting an elegant engraving of Queen Victoria, who was celebrating her 21st birthday that month – known as the Penny Black due to its colour.

The volume of paid postage in the UK increased by 120%, with the new pre-pay system eliminating postage fraud and the old-fashioned hand-franking system.

Most stamps across the world are a rectangular shape. However, more unusual shapes have surfaced in recent years. In 1963, Tonga issued self-adhesive stamps, some of which were circular and printed on embossed gilt paper, to match the commemorative coins issued at the same time.

More off-beat designs were launched in Tonga, such as stamps shaped like fruit, birds and hearts. In 2000, a circular stamp was issued in the United States, featuring a hologram of planet earth.

Stamps are usually manufactured from paper specially designed for the purpose. They are printed in sheets, booklets or rolls. Stamps most commonly depict an image of the monarch or head of state, although other stamps are made to commemorate special events and people in history.

When postage stamps, including commemorative stamps, are first issued, the specific date is referred to as the first day of issue. Stamp collectors can buy a first-day cover, consisting of an envelope with a postage stamp and a postmark with the date of the first issue.

The most expensive stamp ever sold in the world was the British Guiana 1c Magenta, which was valued at €9 million. The stamp was created in very limited numbers in 1856 because a delivery of stamps from London to British Guiana was delayed.

It was needed to ensure communication and trade could continue on the island until the new stamps arrived. The Magenta contained the colony’s Latin motto. Collectors believe only one of the Magentas still exists, making it the most valuable stamp in the world.

The second most expensive stamp, the Swedish Treskilling Yellow, is valued at more than €2.1 million. It is incredibly valuable because it should have been printed on a blue-green background. However, it was printed on yellow in 1855 in error.

One of the misprinted stamps has been sold at auction several times – to anonymous buyers. Each time, its value has increased. It is not known whether any others are still in existence. Collectors are willing to pay sky-high prices to grab the rarest stamps in the world for their private collections.

If you’re running a business, posting mail can be time-consuming and it may detract from other duties during your busy working day. If your business requires bulk mailing to be sent to your client base, our professional create and post service can help.

Take the hassle out of printing and sending direct mail by calling Selectabase on 01304 383838.