The famous theoretical physicist, Albert Einstein, has had a massive influence on science, despite being born 140 years ago. His theory of relativity provides the basis of modern physics, while his algebraic formula, E=MC², recognising the link between mass and energy, is known as the “world’s most famous equation”.

Einstein was born on 14th March 1879, in Württemberg, Germany. He was a loner as a child, but excelled academically. By the time he was 11, he was already studying college-level mathematics and physics. 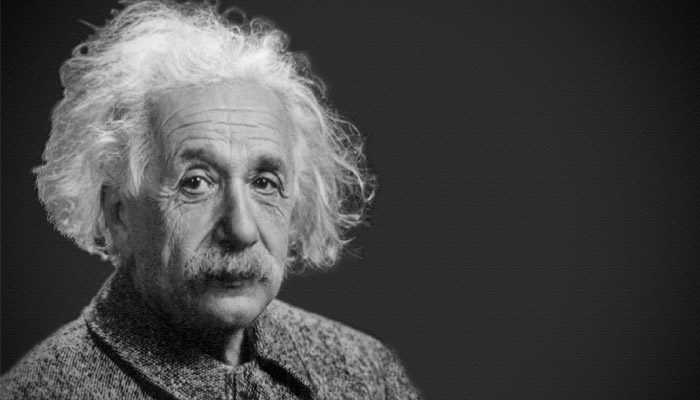 He passed his academic diploma at the Swiss Federal Polytechnic, in Zürich, in 1900. He became a professor of theoretical physics and was a lecturer there from 1912 to 1914. Although he was known to be a genius, his lectures were notoriously confusing for the students, who were less academically gifted than Einstein himself.

In 1921, he received the Nobel Prize in Physics for services to theoretical physics as a result of his extensive research work and discoveries.

Historic artefacts relating to Einstein are extremely valuable today. A letter written by the great physicist dated January 3, 1954 (one year before his death at the age of 76) fetched a staggering $2.89 million at auction at Christie’s, way surpassing its list price of between $1 million and $1.5 million.

The letter relates to Einstein’s theory of God and articulates his religious and philosophical views. In the letter that alienated him from the church, he proclaimed that the word God was the “product of human weakness” and called the Bible a collection of “primitive legends”.

Einstein had written the letter to philosopher Erik Gutkind, describing the Bible as “honourable”, but “pretty childish”. Einstein said that no interpretation could ever change his view.

Over the years, the famous letter has rocketed in value. It was bought at auction for £170,000 in May 2008, by an anonymous bidder. The latest price tag of $2.89 million around 10 years later exceeded all expectations.

It’s not only Einstein’s famous “God” letter that has reached an inflated price at auction. A note he had written, describing his theory of happiness, sold at an auction in Jerusalem for $1.56 million in October 2017.

In 1987, Einstein’s hand-written document describing his famous formula, E=MC², sold for $1.2 million. This was a record price at the time for any manuscript sold at auction in the United States.

Papers and letters written by Einstein have been grabbing the headlines this year. In March, Hebrew University in Jerusalem unveiled a massive collection of 110 documents written by the physicist from their archive. They had never been seen publicly before. They were revealed at an international televised press conference.

The collection included letters from Einstein to his good friend, Michele Besso. There were also letters to his own son, Hans Albert, the Swiss-American engineer born in 1904 to Albert Einstein and Mileva Marić. The documents had come from a collector in Chapel Hill, North Carolina, in the US.

Unveiling the documents was such a major event that a multitude of journalists from as far afield as America and Germany packed into the room at the university to catch a glimpse of them.

Selectabase has a variety of letter services to help your business to function efficiently through direct mailing. These include our Create and Post and bulk mailing services.

Never worry again about fiddling with mail merges, printing your letters and stuffing envelopes – let us take care of it for you. Give us a call on 01304 383838 to find out more about our many useful services.