Stamp vending machines were an invention of the early 20th century, in the days when the price of a first-class British stamp was one penny and featured King Edward VII. 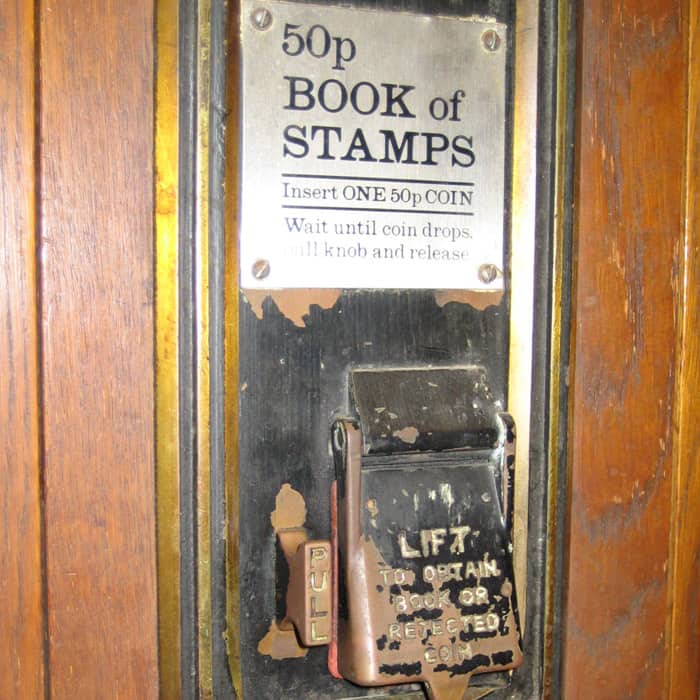 Dickie was born in England in 1876. He and his family immigrated to Wellington in New Zealand when he was 12. He was employed by the Chief Post Office at Customs Street at the age of 15 in 1891, first working in the foreign mail department and then at the front desk selling stamps.

He realised that tearing stamps manually from a large sheet was time-consuming and believed a machine could do the job just as well.

The machines were so popular that in 1924, Dickie produced a new prototype, the enhanced B-type machine. It could accept different coins, including halfpennies, pennies and later on the threepenny bit. Further improvements were made for the C-type and D-type vending machines. Dickie retired from the Post Office in 1931.

The four types of machine that he had invented all worked with long, continuous coils of stamps and would dispense one individual stamp if required.

During the Edwardian era, books of stamps were first introduced in the dispensing machines. In 1935, a large, elaborate book of stamps was created for King George V’s Jubilee. They were sold in sets of four, in mixed-value booklets. Unfortunately, it was found that the books were too large for the existing vending machines.

Over the years, more improvements and upgrades of the stamp vending machines were implemented. However, the basic design remained unchanged until 1970, when the G-type series was launched.

With a new, modernised mechanism, it incorporated innovative features, such as a Perspex cover to seal the stamp coil from moisture, and a flap over the vending slot that prevented the stamps from getting damp and sticking together.

When decimal currency was introduced in 1971, followed by changes in postal rates a decade later, all of the older machines were gradually phased out.

From 1988, all stamp vending machines in the UK were based on a new electro-mechanical design. They combined a mechanical coin-weighing arm with an electronic arm, which rotated the books of stamps.

The first of the new range of machines dispensed four 25p stamps in a folded booklet, with payment being a £1 coin. Over the next 20 years, different coinage combinations were used as postage rates continued to rise.

Demise of the vending machine

By 2001, almost all stamp vending machines were removed, as it was felt they had run their course. Today, there are very few vending machines left, as books of stamps can be bought in many places, such as supermarkets, newsagents, garages and kiosks.

Although the old vending machine may be found in a handful of post offices, on the whole, they are considered uneconomical – demand had dwindled to the point where it was costing more to run them than they were making back in stamp sales.